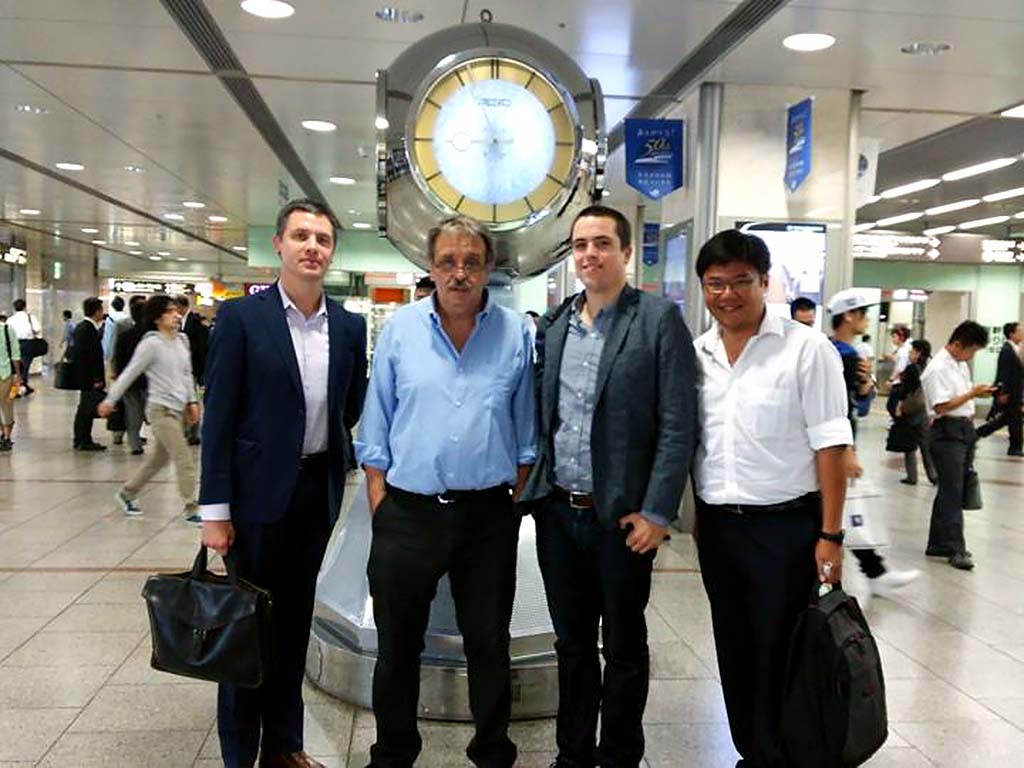 The MagicalMysteryPlantTour is a tour for friends of Ed Niedermeyer and Bertel Schmitt.

Bertel and Ed are no tour operators, and we never want to be. We know a lot about the car business, but very little about being a travel agency. That’s why we hired one to organize this trip for us.  We are doing this for the first time. Please bear with us. We’ll all be in this together.

Who is Edward Niedermeyer? Ed is a reporter for Automotive News. His first media experience came editing the Oregon Commentator while attending the University of Oregon. He began freelancing at The Truth About Cars in early 2008, before being promoted to. His work has been featured on the Op-Ed pages of the New York Times, the Wall Street Journal, Reuters, Bloomberg and elsewhere. He has also reviewed books on automotive topics at the WSJ, and has appeared on BBC World, The PBS Newshour, CNN, Fox News and Fox Business. Ed is now putting the finishing touches on a book that reads like the great American novel, but sadly, it’s all true.

Who is Bertel Schmitt? After a 40 year hiatus, spent doing propaganda in the automotive industry around the world, Bertel returns as a journalist and to the roots of his initials. His wife is a late model Japanese import. They live in Japan, unless they travel elsewhere. Which they usually do.

Like every good journalist (such as Ed), Bertel started writing the school paper. While still at school, he wrote for major magazines. Out of school, he edited a Rock’n’roll magazine. The lure of better pay brought him to advertising. Volkswagen was Bertel’s first client, and the two stuck together for more than three decades. Through the decade, Bertel moved from copywriter all the way to agency owner with an office on (292) Madison Ave. Bertel lived around the world, and has a few millions  — on his American Airlines card. As if that isn’t hair-raising enough, Bertel was a founding board member of the Offshore Super Series (OSS), an offshore powerboat racing organization, and he is glad that he is still alive.

Who is the MagicalMysteryPlantTour?  This is not a commercial venture, it simply is a crazy idea. To avoid major disasters, all travel arrangements are handled by H2 Events, a commercial agency with long experience in arranging press and dealer tours for major OEMs.  They are working at cost.

How did this all come about? A few months ago, there was a sudden public discussion about auto production. It lacked one essential part: Knowledge about car production. Even the basics were AWOL. So in June, and in exasperation, Bertel tweeted that maybe he should organize a tour of the world’s best car plants. The tweet was barely up, and invitations poured in. Andy Palmer, CEO of Aston Martin, was first. Carsten Krebs, spokesman of Volkswagen was a close second. Old connections were reactivated. Chits were called in.